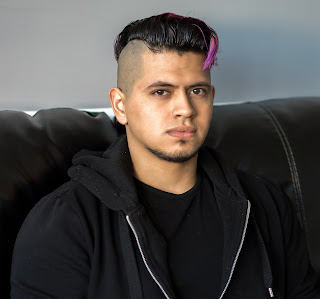 My name is Anthony Ojeda, I’m an Illustrator and Cartoonist. I’m a graduate of the
Kubert School and am a full time Illustrator, Cartoonist, and Storyboard Artist. I love ink, steak,
whiskey, and Ratrods! Oh, and drawing, I love that too!
I have experience writing, editing, producing the artwork for, and publishing my own
short story along with creative teams such as Dare2Draw and MasMediaStudio. From behind
the scenes to up in the front row, I’ve enjoyed experiencing the working world of both sides.
Storyboards, conceptual artwork, and editorial artwork are just as prevalent in my world as spot
illustration, comic book artwork, and promotional artwork.

Work Experience:
Dare2Draw Studios January 2016 - October 8th 2016
Title: Freelance Artist, Media Consultant
Duties include illustration of a stand-alone piece for a collection in the Nexus Anthology
published by Dare2Draw. Making press appearances with the Dare2Draw artistic team
to promote the publisher. Promoting and selling books at New York Comic Con as a
featured artist at the Dare2Draw booth in artist alley.

William Mercado March 2017- April 2017
Title: Storyboard Artist
Duties include adapting the written pitch into narrative/sequential artwork with camera direction
and written notes to guide the audience through specific sequences of the proposed property.
The pitch is intended to go to Film4 and DNA Films Production Companies.

You can find more art by Tony on deviantart, HERE

His work can be found in the following titles from Sinopa Publishing:

Tarot Adventures, Book One: The Draw of Glenfallow

Anthony Ojeda came recommended by several talented freelancers I have the privilege of working with.  I have learned to trust the talent and insights of artists who have demonstrated a firm grasp of project goals, when they say "Hey, you know who you should look into ...."

Thus began my communication with Anthony Ojeda.  Our initial email exchange opened my eyes to the a tremendous talent.  Examples of Anthony's work were eye catching, exacting in detail, and demanded my attention.

After some conversations I was convinced of what I had heard.  I wanted to work with
Anthony Ojeda.  I was fortunate in that I have had a need for some additional art to be added to
The Draw of Glenfallow book.

I have now seen, first hand, that Anthony is capable of remarkable art.  Below you will see an example of art from the Tarot Adventures series, Book One: The Draw of Glenfallow.  As you can see, Anthony's talent is remarkable! 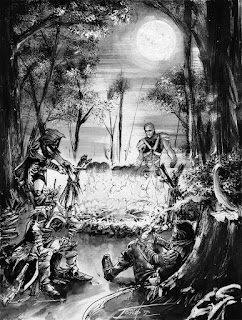