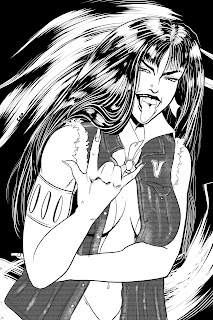 My name is Nicholas "Nick" Caponi.  I am a freelance artist based in Bryam, New Jersey.

Growing up, I watched shows like Xena: Warrior Princess ,Spiderman, Batman: The Animated series and would draw those characters. I have always been interested in superheroes and fantasy characters. It wasn’t until I was around 7 years old, when I picked up my very first comic book (Catwoman #1 (1993) by Chuck Dixon and Jim Balent), which inspired me to pursue art as a  career. From that day forward, I drew constantly throughout my middle and high school years. After graduating High School in 2013, I enrolled in the fall semester at the Joe Kubert School of Cartoon and Graphic Art in Dover, NJ and graduated in 2016. It was truly an amazing, life changing experience. 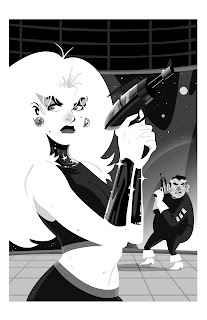 Professionally, I’ve worked on various graphic design firms. About a year after I graduated I realized I wanted to pursue my dream career in comics and illustration, specifically in comic book coloring. During that time, I created a webcomic called “Sandie.” which details the life of (newly retired) Satan’s daughter as she takes on her role as the new ruler of Hell. 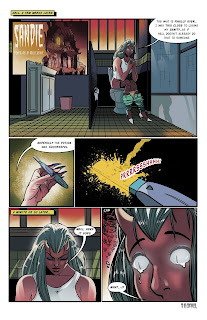 You can read the comic here: sandiethecomic.tumblr.com


Currently, I’m doing what I love to do and living the dream.


You can see more of my work here:

Nick came very  highly recommend by artists whose opinions I've learned to trust.  After seeing his online galleries, I was more than willing to incorporate his talent into my own work.

Presently, Nick is awaiting his first commission order form Sinopa Publishing LLC, for page background art for Tarot Adventures, Book Two:  Comet over Echo Rock.  He will be receiving that commission once the crowdfunding for that campaign has reached goal.  Nick's debut into the Tarot Adventures will allow me to become better acquainted with his talents, and I am looking forward to incorporating his work into that book.

Look for updates on this biography following the release of "Comet over Echo Rock.